The SUSTAIN Consortium held its third project meeting between the 20th and 22th of April 2016 in Tallinn, Estonia.

SUSTAIN’s Estonian partner Praxis organised the third project meeting in the beautiful city of Tallinn, the capital of Estonia. The partners had the opportunity to network and to extensively discuss the state of play of the project, which is entering in its second main phase, primarily centred around the ‘implementation’ of the sites’ initiatives.

Indeed the main objectives of SUSTAIN are to: improve established integrated care initiatives for older people and make improvements applicable and adaptable to other health systems and regions in Europe.

The first day focused on the fourteen sites’ status, highlighting similarities, points of attention and challenges emerged during the first contact initiatives, which consisted of interviews and workshops with local stakeholders aimed at exploring characteristics of the different integrated care initiatives, and contextual issues. Among the mentioned issues, particular attention was posed on the sites stakeholders’ necessities, motivation and requests emerged during the stakeholder workshops already organised during the last few months. The first day of the meeting closed with a presentation of the two Estonian SUSTAIN sites, the Alataguse care center and Medendi, highlighting current issues and how SUSTAIN will possibly influence their future development.

On the second day, the partners had the chance to discuss some of the upcoming crucial deliverables as EU and national reports and the progress on the SUSTAIN road-map and toolbox, which will be the core of SUSTAIN’s findings final dissemination. The consortium also presented the wide range of SUSTAIN’s communication activities, for example, dedicated info leaflets and the quarterly SUSTAIN newsletter and which will help to extend the reach of the project beyond the partners’ individual States.

The SUSTAIN partners will meet again in Oxford between 2-4 November 2016, for the fourth Consortium meeting, organized by IFIC, the International Foundation for Integrated Care. 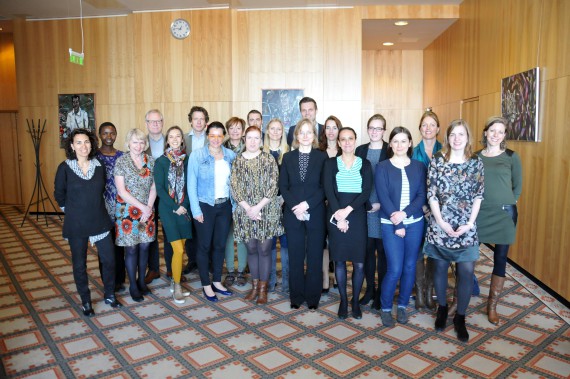 The consortium partners in Tallinn